You will find numerous web-pages and books that refer to cranks and crackpots. Most of them describe a set of characteristics that they consider to be common to these cranks/crackpots. The notion seems to be that if you think that you can ascribe enough of these characteristics to a person, 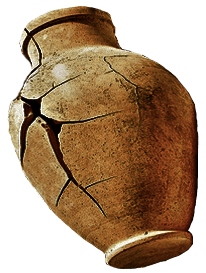 then it is almost certain that the person is a crank/crackpot. A selection of web-pages that give lists of characteristics of cranks/crackpots is given below:

The Crackpot Index by John Baez

Some of these articles are primarily aimed at science cranks; however I’m not going to discuss science cranks here, just mathematical cranks. In the lists that give the characteristics of a mathematical crank, the strange thing is that they almost invariably omit the one factor that is the one salient and essential characteristic of a mathematical crank - that they are wrong and can always be shown to be wrong because there is a logical flaw in their reasoning, or because they have made an untenable assumption, or both. Calling someone a crank without finding any error in their claims is rather like a jury finding someone guilty because they have shifty looking eyes and ignoring all the hard evidence. 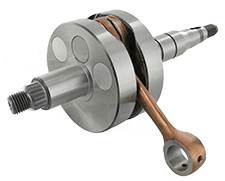 Some of these lists are accompanied by a concession that some mathematicians who are known not be cranks nevertheless exhibit several of the characteristics on such lists. So it should be obvious to anyone that such lists are not conclusive, and that the only conclusive evidence that someone is a mathematical crank is given by the demonstration of errors in their arguments.

But it seems that many people aren’t interested in the possibility that they might be wrong in dismissing someone as a crank. They prefer to believe that commonly accepted mainstream mathematical results are always absolutely correct, and therefore, anyone who questions their correctness must be wrong, and therefore must be a crank. But mathematics is not as precisely certain as many people would like to believe, see for example the page Mathematical Proof.

The Internet seems to be awash with people who think that they are experts in wide range of subjects, and on that basis pass judgment on other people on various web forums, without providing any reasoned argument justifying their conclusions. Studies have been made which show that people who are not competent in a certain field often overestimate their ability in that field, and are overly prone to reaching erroneous conclusions. See, for example, the paper by Kruger and Denning, Unskilled and Unaware of it … Inflated Self-Assessments. 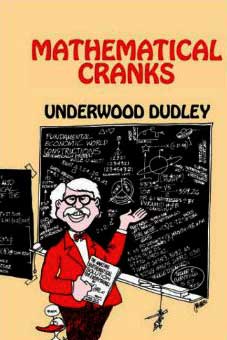 For a book on the subject, you could read Underwood Dudley’s book Mathematical Cranks. I haven’t read it all, but it seems that Dudley is fair in his appraisals. He isn’t content to simply apply the name crank to the various people mentioned in his book; he examines what they have to say and points out the obvious errors in their pronouncements.

(Update: see also How to tell if someone is a crackpot)

One thing that really irks me is when people misrepresent me on Internet posts. I discovered one such post recently at http://www.reddit … flaw …. (the post is now closed for comments).

Note: The above mentioned reddit section is now closed and offlimits - not really surprising, when it is moderated by moderators who have limited abilities in what they are moderating. The links now read: “You must be invited to visit this community. This community has become something of a shitshow. Setting badmath to private while we try to decide on a way forward with the subreddit. The moderators in this community have set it to private. You must be a moderator or approved submitter to visit.”

The principal contributor to the post, going by the username of completely-ineffable is a Reddit website moderator, apparently moderating on ‘bad philosophy’, ‘bad social science’, ‘bad mathematics’ and others, among them being ‘bad logic’, so one might expect that he is scrupulously logical in his posts.

However, he doesn’t demonstrate that. On the above post he stated that, “According to [James R Meyer], RCF and true arithmetic are incomplete” (Note: RCF is a Real Closed Field and it refers to a field that has certain properties of the field of real numbers).

The facts are that I make no mention of a Real Closed Field or true arithmetic either by name or description anywhere on my site - apart from right here. The contributor bases his claim on a note that I made in an introductory page on the incompleteness theorem regarding the conditions where “Gödel’s incompleteness theorem ” is applicable to a formal system. The note was: “The conditions are basically ….” By the inclusion of the word ‘basically’, the note is clearly not intended to be comprehensive. To treat it as though it was intended to be a comprehensive description of precisely which formal systems Gödel’s incompleteness proof applies to is a gross misrepresentation. (I have now added a link in the note linking to the conditions given in Gödel’s paper.)

The contributor goes on to say that he has read my paper on Gödel’s proof but he can’t find a clear statement and explanation of the supposed error in Gödel’s proof ”. And neither could he provide any clear statement and explanation of any error in my analysis. Instead he chose to ignore the detailed analysis in the section of the paper that leads to the “logical absurdity where a proposition is asserted to imply a specific value”, and sidesteps the fact that he has failed to find any error in the analysis that leads to that conclusion.

And this same contributor who clearly likes to jump to conclusions also wrote that my paper on Gödel’s proof “appears to have been created from an MS Word document”. In fact, the PDF was produced from a Latex file (if you don’t believe me, I will email a copy of the Latex file upon request). I wonder how many points he awarded to his crankometer index for the mere suspicion that a document had been created in MS Word?

Finally, the contributor also misrepresented me by saying, ‘he talks about how proofs of the Incompleteness Theorem “based on the halting problem” are worthless because they’re also all “overly vague”.’ whereas what I actually said was, “there are many claims of incompleteness proofs based on the Halting problem and similar notions, but you will find that many details are glossed over, and there are many implicit assumptions”. Besides the obvious indefensible faux pas of attributing a quotation to me that I did not make (“overly vague”), to say that I am claiming that such proofs are vague is untrue, because in general they aren’t vague and it’s usually quite clear what the essence of the argument amounts to. The meaning of what I said is clearly that the arguments skip over important details, or that they involve assumptions that are not explicitly stated.

When one comes across such misrepresentation, false quotations and jumps to erroneous conclusions, one is reminded of the paper by Kruger and Denning, Unskilled and Unaware of it … Inflated Self-Assessments, which describes how some people can be so unaware of their own incompetence that they rate their ability as far higher than it actually is.

I came across an interesting snippet in the book, ‘An Appetite for Wonder’ by Richard Dawkins, where he says:

“Galileo was showing a learned man an astronomical phenomenon through his telescope. This gentleman said, approximately: ‘Sir, your demonstration with your telescope is so convincing that, were it not that Aristotle positively states the contrary, I would believe you.’ Today it amazes us - or ought to - that anybody could possibly reject real observational or experimental evidence in favour of what some supposed authority had simply asserted.”

Similarly, it should amaze us that anyone today rejects reasoned logical argument in favour of what various supposed authorities have asserted over the years.