In 1980, the philosopher John Searle published a paper Minds, Brains and Programs that claimed to show that artificial intelligence machines could never have ‘understanding’, regardless of their reasoning abilities. The fundamental idea of John Searle’s argument (commonly called the Chinese Room argument), taken down to its bare bones, is as follows:

Consider a thing with the following properties: 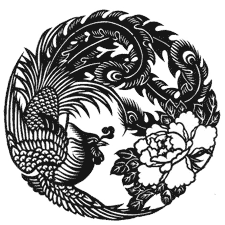 From this Searle claims:

Premise: the processing part of the thing does not require any understanding of the language in order to process the input and generate an output according to the instructions,

Conclusion: the thing does not understand the language.

The absurdity of the argument is obvious. There is no logical basis, given the premise, for inferring the conclusion. There is no reasoned argument at all.

It is quite astonishing that there has been ongoing controversy over Searle’s Chinese room argument for so long when a logical analysis of the argument readily demonstrates the absurdity of the argument.

Perhaps the reason is that the argument which Searle presents dresses up the above fundamental argument by adding in quite extraneous details which do not affect the basic premises. In Searle’s account, the thing is a closed room

with no windows, the inputs and outputs are slits in the wall through which paper can be pushed, the language is Chinese,

It is unfortunate that responses to Searle seem to have concentrated on every other aspect of his argument other than his failure to provide a logical reason for drawing his conclusion from the premises given. Such responses have unfortunately created the impression that there might be some substance in his argument, whereas a logical analysis shows his argument to be hopelessly subjective and without any logical foundation.

What Searle calls the ‘other minds reply’ is perhaps the closest he comes to considering the definition of understanding. Searle states that an objection might be:

“Searle has not given any information as to how one might determine whether another mind understands Chinese, that one might expect that such determination would have to be by the behaviour of that mind, that Searle has not demonstrated that a machine can never pass such behavioural tests as well as a human.”

Searle dismisses this in a few sentences, without addressing the issue of measurement of understanding, and confuses the issue by referring to ‘cognitive states’ rather than ‘understanding’ (continually changing the terms of reference is a common method of deflecting an inconvenient objection to an argument).

Here Searle deflects the question of an objective measurement of understanding, and dismisses it as unimportant. He considers his subjective judgment to be sufficient for determining what understanding is.

thus confirming that he views a “mental state” as the property of a physical thing.