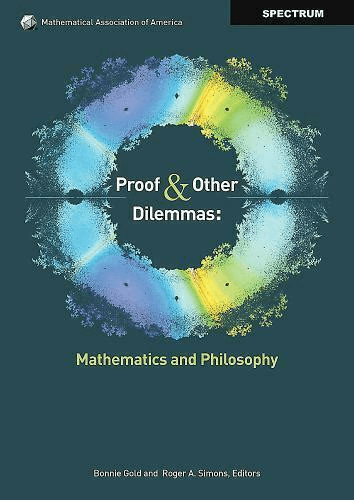 You can also see an article by Balaguer at Stanford Encyclopedia: Fictionalism in the Philosophy of Mathematics which covers the material in a similar manner.

What I have shown is that

(a) there is exactly one viable version of Platonism about mathematical theory, namely, FBP [full blooded Platonism];

(b) there is exactly one viable version of anti-Platonism about mathematical theory, namely, fictionalism; and

(c) we do not, and could not, have any good argument that would settle the dispute between these two views.

Having made the claim that there is only one good argumentative position against Platonism, Balaguer’s principal argument against it is his claim that its proponents cannot accept that:⁠ (Footnote: Balaguer uses the term “fictionalists” to refer to anti-Platonists that he considers to be the only anti-Platonists that might be considered to have any sort of a valid argument. In his article Fictionalism, theft, and the story of mathematics (Philosophia Mathematica 17.2 (2009): 131-162) Balaguer expands on his ideas regarding fictionalism.)

“The sentences of our mathematical theories - sentences like ‘3 is prime’ are true.”

with his concomitant implication that the only anti-Platonists with a viable argument must therefore claim that the sentences of mathematical theories are either “false”, or are neither “true” nor “false” - that they are what Balaguer calls “fictions”.

But in doing so, Balaguer, despite his ardent claim to the contrary (see below) is thereby confirming that he is in fact a closet Platonist since his entire argument against anti-Platonists rests on this crucial claim - a claim that necessarily assumes that there is a difference between a sentence of a mathematical theory being “true” and being provable in that theory. By doing so, he assumes that there “exists” a truth value of the sentences of a mathematical system that has always existed independently of the axioms and rules of that system and which is not a physical entity. That is a Platonist notion.⁠ (Footnote: Balaguer also makes the error of assuming that a mathematics formulated by Platonists must necessarily be precisely the same as a mathematics formulated by people with no Platonist beliefs, whereas this is patently incorrect, and can be shown to be incorrect, since contradictions arise directly from Platonist beliefs that infinitely many independently mathematical things can simultaneously ‘exist’. See The Courant & Robbins Contradiction, Lebesgue Measure, Sums of infinitely many fractions: 1, Sums of infinitely many fractions: 2, Platonist assumptions of ‘existence’ in the diagonal proof, Cardinal numbers and Why do people believe weird things? )

“My argument is based upon the adoption of a particular version of platonism - full-blooded platonism - which asserts that any mathematical object which possibly could exist actually does exist.”

which makes Balaguer’s claim of his agnosticism about Platonism rather questionable. In any case it is meaningless to talk about the ‘existence’ of something being “possible” where there can never be any evidence to confirm that its ‘existence’ is possible - see the Appendix below: Full-blooded Platonism. 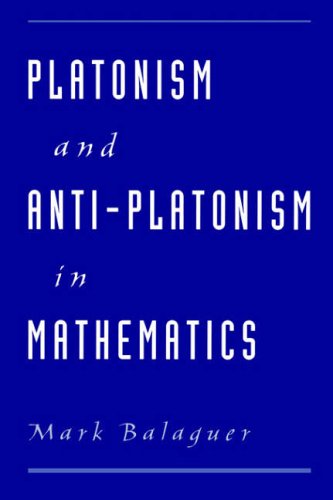 But it is a mistake to conflate the scientific statement regarding a physical situation, such as:

“Given a collection of 17 objects, the repeated removal of exactly the same quantity of objects will always result in some objects remaining”

with the purely mathematical expression:

which does not reference any physical objects.

Where is the implication in a repeated physical experiment of the independent non-physical ‘existence’ of an object that corresponds to a name such as “17” that a human puts on a collection of objects? There simply isn’t any logical implication to that effect, in the same way that there is no logical implication that there is a non-physical existing object that corresponds to the name “red” that a human can assign to certain wavelengths of light.

As pointed out in The Myths of Platonism, the connection between a statement of a mathematical theory and some physical situation can only be established by some initial ostensive interaction between the statements by a human (or machine) and some physical object. Balaguer’s assumption that there must always have “existed” some sort of inherent independent connection - that must have “existed” prior to any human mathematics or any human language, and which is the “truth” value of mathematical statements - is just a demonstration of his underlying Platonist ethos.

In his article, Balaguer claims that anti-Platonists with valid arguments do not dispute that:

This is egregious nonsense. Only a fool would not dispute it. The expression “Mars is red” does not of itself make a statement about anything. It is only within the context of the English language that it has the interpretation that we allow for it in English.⁠ (Footnote: Consider an alien who has no knowledge whatsoever of human culture and is shown the sequence of symbols “Mars is red” - he will have no idea of what that connotates, because he has no knowledge of the required context.) And for a statement such as “Mars is red”, we know that the context is such that Mars has previously being defined as referring to a physical object for which there is scientific evidence. On the other hand, when one states “3 is prime”, one is making a statement about a concept that has previously been defined, and that is no different to stating “Unicorns have horns”, where again one is making a statement about a concept that has previously been defined. In neither of those two cases is there any implication that the defined concept has any real ‘existence’ independently of the definition, nor that the writing down of the expression somehow confirms the ‘existence’ of what it refers to. Both the number 3 and the concept of a unicorn can be defined without assuming that they somehow have an ‘existence’ independent of that definition.

Balaguer’s claim that both sentences “3 is prime” and “Mars is red” make assertions about the nature of existing objects is just another worthless straw man that will only fool the simple-minded.

The notion of full-blooded Platonism that claims that any mathematical object which possibly could ‘exist’ actually does ‘exist’ is meaningless verbiage. To state as Balaguer does, that the ‘existence’ of a non-physical thing is possible, is simply another way of saying that one can never have information that would confirm the ‘existence’ of the thing. This means that a claim that any such possible thing must ‘exist’ is simply a claim that every postulated non-physical thing must ‘exist’, which is absurd.

Such a claim assumes that the simultaneous ‘existence’ of such “possible” things can never result in a contradiction. An example of contradictory possible non-physical things is given by the following postulates:

By Balaguer’s notion of ‘possible existence’, there is no evidence that Binklebots do not ‘exist’, then it is possible that they ‘exist’, and so they must ‘exist’. Similarly, Grinklebots must ‘exist’. But this results in a contradiction, hence both postulates cannot be reflecting reality. Balaguer’s assumption that anything that can possibly ‘exist’ does ‘exist’ lacks any logical basis.⁠ (Footnote: Elsewhere Balaguer claims that full-bodied Platonism “is the only tenable version of platonism ” which appears to indicate that his defence of Platonism is lacking in substance (A fictionalist account of the indispensable applications of mathematics, Philosophical Studies 83.3 (1996): 291-314).)