However, when we want a conclusion that isn’t based on any emotion, or hunch, we want a conclusion that is arrived at purely by means of logical argument. This site is devoted to showing how many results that are commonly accepted as being the result of a completely logical argument are in fact flawed because of the failure to acknowledge the significance of the way language is used in the argument - a seemingly innocuous statement can contain subtle errors which render the statement illogical. Unless every aspect of a statement is very carefully analyzed with regard to the use of language by the statement, an ostensibly logical statement may actually contain subtle errors of logic. Even fairly innocuous looking statements can be difficult to analyze, see Natural Language and Reality.

This site explains how intuitive errors may occur; in most cases it is because insufficient attention has been given to the use of language. If you are visiting this site for the first time, I suggest these pages as suitable starting points:

In principle, a logical argument should never rely on an unstated intuitive assumption. It is well known that intuition can lead to erroneous results, and that there are many examples of this having happened. So it should be the case that every logical argument should be carefully examined to ensure that it contains no intuitive assumptions. But there seems to be a blind spot when it comes to the possibility that the way that language is used in an argument might affect the validity of the argument. This possibility is commonly dismissed without any justification for its dismissal. But everything that is referred to by a logical argument must be referred to by symbols that belong to some language. And since that is the case, the fact that those symbols belong to some language is an inherent part of the argument, and is not something that can simply be ignored.

Much of this website deals with the confusion that occurs when levels of language are not clearly delineated. Kurt Gödel set the ball rolling on this in 1931 with his incompleteness theorem which hides its language confusion under an impressive looking facade of complexity. Amazingly, it has long being accepted as correct even though Gödel never actually proved the crucial step in his proof, and although his proof leads to a blatant contradiction, see Gödel’s contradiction. And over the years since that there seems to be an alarming increase in the willingness of certain academics to forgo the need for clear precise logical 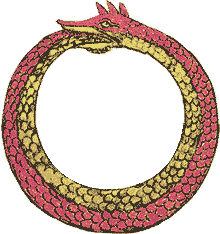 proofs of any claim, and now there are numerous people who like to call themselves “logicians”, but who are content to simply make a crucial assumption rather than actually make an attempt to prove it, and proceed to base an entire structure of claims based on that assumption. That assumption is that a completely formal language can actually reference itself - that is, that within a completely formal language there can be a sentence that explicitly refers to that entire sentence itself.

Despite their self-appellation as “logicians”, that isn’t logic, and the inane results of these assumptions aren’t logical - they are worthless. For an example of this sort of nonsense, see Halbach and Zhang: Yablo without Gödel.