This is a truly appalling book (Footnote: Shaughan Lavine, Understanding the infinite, Harvard University Press, 2009.) whose title is one of the worst misnomers one can imagine. The correct title would have been “Misunderstanding the Infinite”, since you won’t find any deep insight into infinity in this book, instead all you will find is a manifesto proclaiming the glories of conventional set theory. The entire book is an exercise in attempting to cobble together a collection of ideas that are in accordance with all of Lavine’s assumptions and preconceptions. 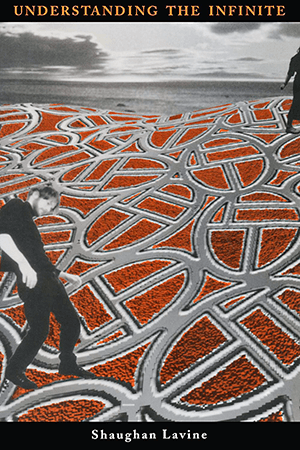 The first of these is the assumption that the absence of a one-to-one correspondence between two infinite sets indicates that one of the two limitlessly large sets is smaller than the other limitlessly large set, an assumption that besides lacking any logical basis, is directly contradictory. (Footnote: See also, for example, Proof of more Real numbers than Natural numbers? or Why do people believe weird things? or Cardinal Numbers.)

The result of Lavine’s slavish adherence to his preconceptions is that there’s no attempt to really dig down deep to try to gain some real understanding. Lavine tries to convince us that there never was any problem with Cantor’s original theory of sets, that Cantor’s ideas of set theory were never contradictory nor paradoxical, thereby turning historical facts on their head. Lavine tells us that in his book he has constructed for us the axioms that Cantor had intended for his theory all along.

These are ridiculous and outlandish claims. The facts are that Cantor had plenty of time after his Grundlagen of 1883 to set down clearly what he thought the details and the axioms of his theory should be - but he didn’t. Lavine refers to part of the well-known footnote in Cantor’s Grundlagen: (Footnote: My translation, see footnote in Section 1 Grundlagen.)

“With this term [set or manifold] I designate a very comprehensive theoretical term that I have so far only tried to develop in the specific design of arithmetical or geometrical set theory. By a manifold or set, I generally understand every multiple that can be thought of as one, i.e. every set of certain elements, which can be connected into a whole by a rule. I believe that I am defining something that is related to the Platonist idea, as well as to what Plato in his dialogues Philebos or the highest good .”

and speculates that what Cantor actually said was not actually what he meant, that he actually meant something completely different, that a set:

“is a collection ‘defined by the enumeration of its terms’ ”

Lavine refers to this as the “combinatorial notion of a collection”, and a few sentences further on, he goes on to claim that:

“The whole point of the combinatorial notion is that combinatorial collections may exist whose members cannot be characterized by any rule.”

But this directly contradicts Cantor’s own written words that a set is any collection that can be bound up into a whole “by a rule”. Lavine gives no reason whatsoever as to why Cantor would say on the one hand that a set is any collection of elements that can be defined by a definitive rule, and on the other hand say that a collection is a set only if it can be enumerated in some way, even if there is no definitive rule that can give that enumeration. But even allowing that what Lavine meant by ‘defined by the enumeration of its terms’ was a well-ordering by the axiom of choice, that does not assist his case since Cantor also said in section 3 of his Grundlagen that: (Footnote: My translation, see Section 3 Grundlagen.)

It is becoming very clear that Lavine is willing to stray far from any plausible interpretation of the facts in order to pursue his aggressive self-serving agenda.

“Why must we take the infinite sets of contemporary mathematics to be completed actually infinite sets, not just potentially infinite ones - that is, incomplete objects that are unboundedly increasable? One reason is that the sets obey Extensionality: if sets were potentially infinite, and hence did not already have all of their members, then even sets that have the same members so far might come to differ, and there might be no present fact of the matter concerning whether they (will) differ. The temporal language used here, or a modal replacement for it, is essential when one speaks of potential infinities. One might even argue that the infinite sets of contemporary mathematics are actually, not merely potentially, infinite just on the basis of the independence of their characterization from temporal or modal considerations. Sets either differ or not, determinately, and there is no temporal or modal component to the matter.”

This is illogical nonsense - given a well defined infinite set, its definition determines what elements satisfy that definition of that set and which do not. So how could two such sets that satisfy the same definition, but also, as Lavine puts it, “come to differ”?

Lavine’s words betray the fact that he bases his beliefs on his naive Platonist notion that a set either “has” or “has not” all of its elements, assuming that a mathematically defined set is no different in principle to a physical collection of objects, despite not having any instance of a physical infinite set. But even the Zermelo-Fraenkel axioms do not assert that a set “has” elements, they only assert that something satisfies the condition of being an element of a set (as in A ∈ B) or not being an element of a set (as in A ∉ B). There simply is no other way to describe Lavine’s claims as anything other than unmitigated bullshit.

Lavine compounds his error by claiming that, for a Platonist, there is no temporal aspect involved in set theory:

“for [a Platonist], no mathematical statement can involve any temporal reference, explicitly or implicitly.”

This is wrong on so many levels. When Platonists talk about a complete set that includes all of its elements as an actual infinity, they are asserting that any moment in time that the set is referred to, all the elements of the set must “exist” at that moment in time that the reference occurs. There is no possible alternative since that would mean that at a time that one refers to the set, one would be asserting that only some of the elements are in the set at that time that one is referring to the set - which would beg the question of what then is meant by the set being an “actual” infinite set. On the other hand, when a non-Platonist refers to a set he is simply referring to a particular definition that entities either satisfy or do not satisfy, and he has no need to conjure up in his imagination some sort of “pre-existing” set that already “exists” independently of any definition - so for a non-Platonist it is indeed the case that there is no temporal aspect involved.

That is an absolutely outrageous claim. There’s no facts there, only opinions that have no logical nor evidential basis. Many people consider the axioms of ZFC and similar set theories to be abhorrent and counter-intuitive, and definitely not ‘true’ in any way.

Towards the end of his book Lavine tries to give his “explanation” of how one can “understand” infinity, by referring to the notion of “indefinitely large numbers”. But that is an absurd contradiction in terms, since a number, by definition, is a definitive quantity and hence can be set in order against any other number - given any two numbers, there is exactly one and only one number that is the difference between those two numbers. Besides that obvious problem, the term “large” has no mathematical meaning at all, unlike the term “larger”, in that there is no definitive mathematical definition of “large”, so that given any number, apart from the number 0, there is no way of unambiguously assigning the term “large” or “not large” to it. (Footnote: See also Wang’s Paradox.) Lavine’s attempt to explain infinity by calling entities “numbers” when they are clearly not numbers, and using a term that has no mathematical equivalent, is a risible absurdity.

I could go on, but really, is there any point? The book reads just like a tome written by a religious apologist desperately trying every avenue in an attempt to justify his faith based beliefs.