The Fallacy of the Mind-Body Problem

Some people claim that there is no good description/explanation of the relationship between a human mind (thoughts, beliefs, sensations, emotions⁠ (Footnote: Some people appear to be particularly attached to using the term “consciousness” in such contexts while at the same time refusing to define it, thereby failing to indicate why it cannot be the combination of various thoughts, beliefs, sensations and emotions. And some people further claim that there is a so-called “hard problem of consciousness”, but this is simply yet another example of how the false assertion of the existence of a real problem can be constructed by fallacious or duplicitous reasoning regarding a non-existent problem. See also Man versus Machine, A John Searle Inanity and Bishops Dancing with Pixies?)) and the physical body of a human, and they perceive this to be a problem that must be accounted for.

They call this the “mind-body problem”.

But there is no problem. Sensations are elicited in the body by various inputs to body sensors. Emotions are thoughts that have various activators, which may be external and arise from the environment, or by internal memories. In general, thoughts and beliefs are the result of various neuronal activities in the brain.

No-one suggests that these theories should be thrown in the bin because they do not give an exhaustively complete explanation. For a scientific theory to be useful, it is not necessary that it should provide an all encompassing fully detailed explanation of everything. Science could never have begun at all if this were a requirement for all scientific theories. If we examine how a scientific theory operates, we can see that it: 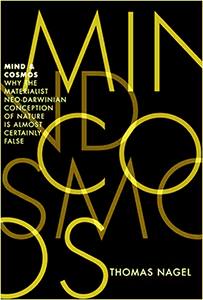 In summary, the “mind-body problem” is not a problem at all. The only reason why some people perceive it to be a real and pressing problem seems to be due to some sort of emotional attachment to the matter, where there is a refusal to admit the possibility that a human may not actually be anything more than a certain assemblage of molecules. This emotional attachment is commonly associated with religious, spiritual or mystical beliefs, and it results in the notion that if there is a “mind-body problem”, then that in some way must indicate that a human mind cannot be simply the result of neuronal activities in the human brain. A typical example of this type of irrational thinking can be seen in the book “Mind and Cosmos” by Thomas Nagel,⁠ (Footnote: Thomas Nagel, “Mind and cosmos: Why the materialist neo-Darwinian conception of nature is almost certainly false”, Oxford University Press, 2012.) whose entire argument is that since he believes that it is too improbable that the full range of human mental capabilities could have arisen by the undirected emergence of life and evolution, then there must be some other explanation, and this gap is conveniently filled by the notion that there are non-physical minds that exist independently of the physical brain.

That there was this sort of notion in the pre-scientific era is not surprising - what is surprising that this arcane notion is still held today by many people in spite of all the scientific advances of the last few hundred years. Why is this? An examination of the writings of several philosophers shows that, while they proclaim their opposition to the mind-body notion, they make a very poor job of attacking it, failing to call out “bullshit” when bullshit it is, thus lending a false appearance of substance to the notion. 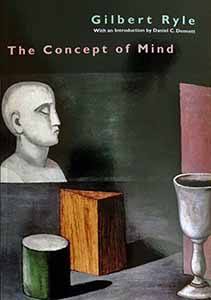 An early notable exception to this trend was Gilbert Ryle, who all of 70 years ago in his book “The Concept of Mind”,⁠ (Footnote: Gilbert Ryle, “The Concept of Mind ”, Routledge, 2009.) without having access to today’s advanced techniques of investigation of brain functions, comprehensively demolished the notion that there is some sort of mind that is separate and independent of the body, calling it a category error that had been accepted down the ages without critical scientific consideration. At the time the book was hailed as sealing the coffin of any notion of a separation of body and mind, but since that time it is clear that many people prefer to ignore the lucid logic of arguments such as Ryle’s, and instead follow their emotional instincts.⁠ (Footnote: As Dr Michael Graziano observes, “It’s too bad so many researchers are still trying to find the ghost in the machine instead of trying to understand why the machine thinks there’s a ghost in the first place.” Quote from BBC Science Focus: Consciousness.) The cynic might be excused for thinking that today’s philosophers are perhaps unwilling to expose the emperor’s clothes since by so doing, they would be allowing yet another topic to slip from the grasp of philosophy into the realm of science, and in so doing adding to the huge number of such topics that practical science has wrested from the clutches of speculative non-experimentative philosophy. This is not to claim that philosophy is useless per se, but philosophers should know when philosophy is no longer useful to a given area of inquiry, and that it should retreat from areas that no longer inhabit its domain. After all, isn’t the goal of both philosophy and science to find answers to unanswered questions, and when a question is answered, to move on to the next one?

One can note that the first stirrings of established science were known as “natural philosophy”, and the proponents were known as “natural philosophers” rather than as scientists, but the ethos was scientific, with the emphasis on discovery, on the accumulation of knowledge by combining speculation with physical examination and experimentation. But notions such as the “mind-body problem” can be seen to be crude attempts to claim the existence of some nugget that is of crucial fundamental importance but at the same time can never be adequately dealt with by scientific inquiry.

Finally, it can be observed that theories that postulate a “mind-body problem” are not scientific notions since they do not provide any predictive power whatsoever. As such they can be lumped together with all similarly useless “here’s a gap that science hasn’t yet filled, therefore is there is a non-scientific reason ” notions, such as the origin of life, the origin of the universe, why the universe is suitable for life forms, the quintessential difference between humans and other mammals, etc.