Some people believe that there is something about consciousness that must be due to some non-physical process. Recently I read an article critical of that belief, written by Massimo Pigliucci (How to make up philosophical problems and then “solve” them). In the article he refers to an argument called the Mary’s Room argument. This is an argument that proceeds by a thought experiment and attempts to establish that there is some knowledge that can be discovered only through non-physical means.

Reading the article, while I concurred that the Mary’s Room argument is invalid, I did not consider that Pigliucci made a convincing case against it, and he failed to identify the real root of the fallacy of the argument. It also seems to be the case that although many other people have also raised objections to the argument, no-one appears to have been able to identify the fallacy at the heart of the argument, see for example the Wikipedia page Knowledge Argument.

Since the Mary’s Room argument appears to be one of mainstays of the believers in non-physical consciousness it is important that it should be properly rebutted, and that rebuttal is given below. The original text of the Mary’s Room argument was set out by Frank Jackson as follows:⁠ (Footnote: Frank, Jackson, “Epiphenomenal qualia”, Philosophical Quarterly 32, no. 127 (1982): pp 127-136. doi:10.2307/2960077 )

Mary is a brilliant scientist who is, for whatever reason, forced to investigate the world from a black and white room via a black and white television monitor. She specializes in the neurophysiology of vision and acquires, let us suppose, all the physical information there is to obtain about what goes on when we see ripe tomatoes, 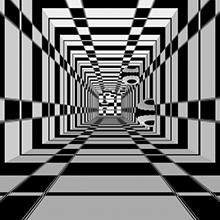 or the sky, and use terms like “red”, “blue”, and so on. She discovers, for example, just which wavelength combinations from the sky stimulate the retina, and exactly how this produces via the central nervous system the contraction of the vocal cords and expulsion of air from the lungs that results in the uttering of the sentence “The sky is blue”. …

What will happen when Mary is released from her black and white room or is given a color television monitor? Will she learn anything or not?

It seems just obvious that she will learn something about the world and our visual experience of it. But then it is inescapable that her previous knowledge was incomplete. But she had all the physical information. Ergo there Is more to have than that, and Physicalism is false.

Jackson goes on to claim that the same type of argument could be used for taste, hearing and other bodily sensations and that in each case is that there is knowledge that is “left out of the physicalist story ” and that one can have all of the physical information but not “all the information there is to have”. This type of argument is often referred to as a knowledge argument.

It is rather ironic that logical analysis shows instead that the basis of the argument arises from profound ignorance, as will be demonstrated below.

When Mary is allowed to see colors, she can differentiate them, but she does not know which English word to associate to the sensory impulses that she has when observing a light of a given wavelength.

That is not a lack of any scientific knowledge about color, it is a lack of an ability to communicate certain things within a language. The simple fact is that humans do not have an innate association of English words to colors (and this applies to other languages and other things also). In the same way I cannot correctly associate a Chinese word for a color with the sensory impulses that I have when observing a light of a given wavelength.

If Mary is allowed to go out into the real world, and observe red traffic lights, red fire engines, red strawberries, etc, she can learn which color to associate with the word red. She has to learn which word to associate with certain sensory impulses that are elicited by various colors. Of course, Mary, being a conscientious scientist, will use scientific equipment to produce light of various wavelengths. She knows which wavelengths are associated with which English words for colors and so, for any wavelength, she can associate the correct English word for that color. 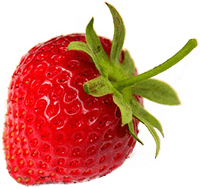 When she is doing that, she is calibrating her visual sensory system to both wavelengths of light and to English words.⁠ (Footnote: Note that for many other senses there may not be any easily measurable reference values, unlike for the case of colors for which there is the readily available wavelength of light.)

So, yes she does learn something new, but the fact that she has complete scientific knowledge of color is an irrelevant red herring, since that has nothing to do with calibrating her own individually unique sensory system. There is no reason whatsoever to suppose that this involves anything other than new neural connections which are entirely physical.

To understand this better, one might suppose that a scientist is developing artificial intelligence machines that have complete scientific knowledge about colors, but which have no environmental sensors. He then attaches to each machine a light sensor that outputs different voltages according to different wavelengths of light.

However, the sensors are not all the same, and different sensors may output different voltages for the same wavelength. Each machine can observe that different wavelengths of light give different output voltages, but without testing in some way, it has no way of knowing which voltage represents which wavelength. This simply means that the machine does not have total knowledge of the sensor. It could have complete scientific knowledge of such sensors in general, but that would not mean it has complete knowledge of the fine structure and the output characteristics of its own individual sensor. Of course, given the appropriate tools and methods, the machine can calibrate its own sensor (without using any non-physical means).

In the same way, Mary can have complete scientific knowledge of human sensory systems in general, but that would not mean she has complete knowledge of the fine structure and output characteristics of every person’s visual sensory systems, including her own. That would be absurd. In the same way, it is absurd to argue that when Mary is calibrating her own visual sensory system to accord with English words for colors, that she is doing something that cannot be the physical process that is establishing a new set of neuronal connections in the brain - there is no evidence whatsoever to support that assertion.

The same applies to other sensory systems and the Mary’s Room argument can be seen to be a confusion predicated on the false premise that scientific knowledge of a subject, which deals in generalities, implies complete knowledge of every aspect of every individual thing that falls under that subject area.