I came across a website written by a Charles Fisher Cooper who writes articles on various subjects, including mathematics. In the section “George Without the Dots ” on his page Georg Cantor’s Diagonal Argument he claims he has a rigorous diagonal proof that overcomes objections to the standard presentation of the proof.

His argument proceeds by assuming that there is a set of ordered pairs,

He then claims that what he has done is that he has “defined an effective method for generating unique real numbers, each of which can be assigned to a unique counting number.” 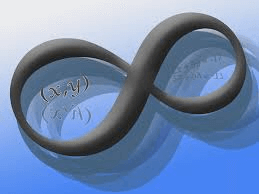 He concludes that there “will always be an extra number not in the original list. So you will always have more real numbers than counting numbers.”

The fallacies in the argument

One obvious fallacy is when he claims that he has “defined an effective method for generating unique real numbers, each of which can be assigned to a unique counting number.”

It’s hard to know whether to laugh or despair when one sees arguments like this. Cooper has managed to assume that it is possible to define a one-to-one correspondence of natural numbers to all real numbers within a given mathematical language - which is precisely what Cantor’s diagonal argument proves is impossible.⁠ (Footnote: In fact there are fully formal proofs of this, see Fully Formal proofs of the Diagonal proof.)

The irony here is that Cooper’s Platonist assumption that random digits ‘exist’ independently of any unambiguous definition actually demonstrates the fallacy of such Platonist beliefs.

As Cooper himself almost manages to point out, there cannot be any real number 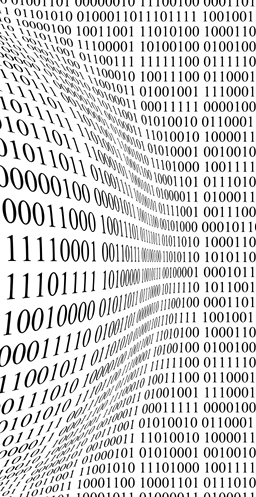 that is not included in his description, since all possible sequences of digits are included in his description. So if there could ‘exist’ such a Platonist set of such ordered pairs, there would be an enumeration of all real numbers, and so there would be a contradiction - since there must also ‘exist’ a Platonist diagonal number which is not any of the numbers in the set of ordered pairs, yet every possible sequence of digits already ‘exists’ somewhere in the set of all the ordered pairs.

The notion that there somehow ‘exist’ numbers that have “randomly selected ” digits is a Platonist notion that is lacking in any logical foundation and which leads to contradictions - the random digits are selected by whom? … or what? … some deity perhaps? It’s philosophical nonsense.

For more on Platonism, see Platonism, The Myths of Platonism, Platonism’s Logical Blunder, Numbers, chairs and unicorns and the posts Moderate Platonism and Descartes’ Platonism.

While Cooper remarks that his web-page is essentially that which can be read in the book Metalogic: An Introduction to the Metatheory of Standard First Order Logic by Geoffrey Hunter, University of California Press (1973), there does not appear to be any part of the book that corresponds to Cooper’s argument that is discussed above.

It has been pointed out to me that Cooper has since made some additions to his page, including the claim “a quick perusal of Geoffrey’s book (just the first chapter for crying out loud) will show you that the proof given in such painful length and detail above is essentially that which Geoffrey gives us with much less wind.” In fact, no, it isn’t, Geoffrey Hunter’s proof makes no mention whatsoever of ordered pairs or ‘randomly selected’ digits, it is a fairly standard presentation of the diagonal argument. Perhaps Geoffrey Hunter was perspicacious enough to know that adding unnecessary assumptions to his proof would not improve it.

Cooper even manages to make an elementary error in his attempt to show that no two of his ‘randomly selected’ numbers can be identical. He uses conventional probability theory to show that, if two of his numbers are ‘randomly selected’, the theoretical probability that they are identical is zero - which is a correct application of the theory - but then he makes the elementary error of assuming that this is the same theoretical probability that, given one ‘randomly selected’ number, there exists at least one of the infinite quantity of remaining numbers that is identical to that number. That is a completely different matter, and a proof of the former does not constitute a proof of the latter.

In case anyone is having difficulty with understanding this, a simple way of demonstrating this error is by considering the set that contains two copies of every number (this account is simplified for clarity, the case where there are ordered pairs as in Cooper’s account is given in the appendix below). Assume one number is ‘randomly selected’ and removed from the set. Then another number is ‘randomly selected’. As for Cooper’s case, the theoretical probability of the second selected number being identical to the previously selected number is zero, and hence the theoretical probability of these two numbers being identical is zero.⁠ (Footnote: Note that the conventional theory of probabilities for the notion of a random selection from an infinite set gives some rather strange results, see Random selection of numbers.)

On the other hand, given that, as before, one number is ‘randomly selected’ and removed from the set, then what is the probability that there remains one number in the set which is identical to the removed number? The answer of course is obvious - it’s a certainty.