Mark Chu-Carroll is a computer scientist and software engineer. He writes a blog Good Math, Bad Math which has the headline:

“Good Math, Bad Math: Finding the fun in good math. Squashing bad math and the fools who promote it.”

Previously, I had a great deal of respect for Chu-Carroll, and I even wrote in a previous blog that in general he doesn’t dismiss anyone as a crank unless he can provide a reasoned explanation as to why they are wrong.

But it seems that when he is against the ropes, he plays dirty. I recently posted some comments on one of his blog pages Why we need formality in mathematics, and when it was evident that my comments were irking him, he resorted to various well-known dishonest debating tricks (See Dishonest Tricks and Straight and Crooked Thinking).

One of those tricks was suddenly questioning the meaning of a term whose meaning is perfectly clear, in this case the term “finite representation”.

What do you mean by real numbers that have no finite representation?

That’s one of those informal terms that sounds nice, but could mean several different things.

But in his previous comment he had used that very term without any quibble, indicating that it was quite clear to him what the term means, saying:

…how can I prove that there are sets without finite representation in set theory? Very easily… 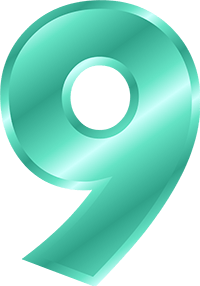 And he had used that very term himself in two of his previous blogs, where he makes it very clear what he thinks it means for a number to have or not to have a finite representation - in his blog You can’t even describe most numbers! he says:

So in my next comment I ask him why he is now asking me what “finite representation” means:

You ask me now?… Is that intended as a joke?

… you have described and explained it several times on your blog (do a Google advanced site search for the phrase “finite representation”).

(3) A number has an infinite representation if its expansion in every integral number base has a non-terminating, non-repeating sequence of digits?

(4) A number has an infinite representation if there is no finite-length program in a recursive computing system that produces its digits.

(5) A number has an infinite representation if there is no way of uniquely identifying the number in a finite amount of space. 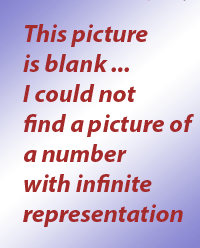 not having a finite representation

having some sort of representation that is not finite

which is an implication that lacks any logical foundation. He assumes that the notion that a number might “exist” but have an infinite representation is a valid notion, but I have no idea what an infinite representation might be. So the answer to the question as to which of his five choices I might choose is none of them, since I consider the concept to be meaningless.

In the same comment he has the gall to tell me that “you’re not arguing honestly ” on the basis that I hadn’t defined the term ‘finite representation’, even though I had shown that he had a very clear understanding of the term. In my next comment I again point out that Chu-Carroll had already previously himself used the very term “finite representation” in his blogs, but I provided my own definition anyway:

A real number having a finite representation; There is a definition in a given formal system that can be written down with a finite number of symbols, and which precisely defines the entire expansion of that number (to a given base).

A real number not having a finite representation; There is no definition in any formal system that can be written down with a finite number of symbols, and which precisely defines the entire expansion of that number (to a given base). 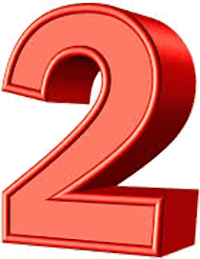 Yet, after I provided that definition, he continues in his next comment to berate me for not defining his term “infinite representation”, a term that I do not use:

… the phrase “infinite representation” can have multiple meanings, and I carefully gave you a list of options. (Which, I will note, you ignored and gave your own, less precise definition.)

In my next comment, I point out that, contrary to what Chu-Carroll had written,: 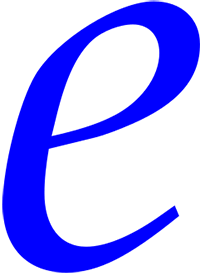 Your problem in this entire discussion is that you don’t understand any of the things that you’re talking about.

And that just about sums up Chu-Carroll’s blatant duplicity - when he finally realizes that he cannot any longer pretend that he doesn’t know what the term “finite representation” means, he changes tack and resorts to claiming that I don’t understand anything of what we have been discussing, even though it was I who had to use several comments to show him that the term “finite representation” was easily understandable, even by him. It’s rather interesting that when pressed, he resorts to claiming at one point, “I’m not a mathematician. I’m just a lowly software engineer with a math fetish. If you’re right … [you should not be] wasting time arguing with some twit on a blog.” And on another page he says, “As I’ve said many times: I’m not a mathematician; I’m a computer scientist and math hobbyist!” We see the irrationality of Chu-Carroll’s assertions when we see that while he proclaims his belief that he can always discern a rational argument from a crank one, at the same time by his own admission, he admits that he is lacking some knowledge or insight that another person can have.