I was recently reading a book entitled The Eerie Silence - Are we alone in the Universe? by Paul Davies, when I came to the chapter musing on what humans might include in a message to aliens. In this chapter Davies says:

“The deepest products of the human mind are arguably the mathematical theorems that have been constructed by some of the world’s most brilliant thinkers. Gödel’s incompleteness theorem, for example, is so profound that it is possible that no theorem in the universe can trump it.”

No. Rather than being profound, Gödel’s incompleteness proof is a demonstration of how to wrap up trite banality in so much superficial glitter that it appears profound to the simple-minded, whereas an intelligent analysis reveals it to be erroneous, as is demonstrated in various pages on this website. Similar methods are used by creationists and intelligent design fanatics to impress those who are have limited intellectual capacity or who are simply too intellectually lazy to evaluate the claims. 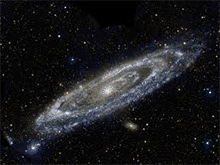 of such illogical statements? Even if they did commence a communication, it would seem quite possible that human mathematicians, logicians and philosophers would actually try to argue their case against the superior intelligence, being so entrenched in their herd mentality in the correctness of incompleteness proofs.

Apart from anything else, there is no real world application of an incompleteness proof, so why should such a proof be adjudged as superior to all the mathematical advances that have led to the development of modern technology? It is very difficult to fathom why, even given that a person has a belief that the incompleteness proof is correct, that a person should find it profound in any way. After all, all it supposedly proves is that if a formal system could refer to its own statements, then it would not be able to prove certain self-referential statements. But it says absolutely nothing about whether the formal system could prove or not prove other statements that are not self-referential. After all, if a mathematical system could logically state the equivalent of “This statement is not provable”, what would be so profound about not being able to prove it?

It is noteworthy that the notion of incompleteness has been used to promote all sorts of wacky claims, such as that it demonstrates the existence of god, see Gödel’s Incompleteness: The #1 Mathematical Breakthrough of the 20th Century, and Gödel’s Incompleteness Theorem. It has also been claimed that it proves the non-existence of god, see Incompleteness and God, and that it proves the existence of spirituality. Of course, the original ‘proof’ of incompleteness was written by Kurt Gödel, who, according to his wife “was religious and read the Bible in bed every Sunday morning”, and who attempted an ontological proof of god’s existence. He also thought that his incompleteness ‘proof’ helped to prove Platonism, that is, that mathematical concepts are actually real but non-physical things. Davies cites Gödel as one of the “world’s most brilliant thinkers”, but Gödel was actually a believer in intelligent design, and said:

“I don’t think the brain came in the Darwinian manner. In fact, it is disprovable. Simple mechanism can’t yield the brain. I think the basic elements of the universe are simple. Life force is a primitive element of the universe and it obeys certain laws of action. These laws are not simple, and they are not mechanical.”

“I believe that mechanism in biology is a prejudice of our time which will be disproved. In this case, one disproof, in my opinion, will consist in a mathematical theorem to the effect that the formation within geological times of a human body by the laws of physics (or any other laws of a similar nature), starting from a random distribution of the elementary particles and the field, is as unlikely as the separation by chance of the atmosphere into its components.”

Here Gödel is just one of the first in a long line of creationists and intelligent design fanatics who think that it is possible to produce a meaningful probability value that suggests a designer, despite our having no means of calculating such a probability (for example, if there are many universes, then we have no way of knowing how many universes are like ours).

People say that incompleteness proofs prove that there are limitations to what formal systems can do. But that isn’t profound, since we knew that anyway. We know that there are physical limitations to any system of expressing mathematical notions; it is not possible to prove all possible mathematical proofs by less than a given number of symbols. That means that there is a practical limit to the length of mathematical proofs - so that regardless of any incompleteness proof, there will be mathematical statements that we cannot prove to be correct or incorrect. But that is hardly a profound realization.